Diane Cobb was thirteen in 1956 when she first met Meher Baba, who nicknamed her “Baba’s Beloved Baby,” otherwise known as “3-B.” Diane’s father was Lud Dimpfl, one of Murshida Ivy Duce’s students in Sufism Reoriented, the Western Sufi order “reoriented” by Meher Baba. Diane is the young girl with shoulder-length blond hair seen with Baba in some films taken in 1956. She is here at along with a number of other Sufis who are presenting weekend programs including an art exhibit and a concert. Diane is one of the featured artists. Her paintings of Baba as Kalki, the White Horse Avatar, her drawing of him as Shiva, and a bust, one of the best sculptural portraits I’ve seen of Baba, are among the works on display in the .

Young Diane Dimpfl was among the crowd that gathered to greet Meher Baba when he arrived in . Baba’s visit was long awaited—he was supposed to come to in 1952, but when he was on his way, that’s when the first car accident occurred, in . Now at last he was coming. A big fluffy yellow flower garland was there, and the plan was for the oldest member of the group to garland Baba, but because she was late, Diane as the youngest got to do it. As soon as she spotted Baba, she rushed forward and garlanded him He squeezed her in an embrace and then moved swiftly on. In the following days Baba frequently wanted Diane near him and showered her with attention and praise.

Diane also met Baba at in 1958 and at the East-West Gathering in 1962. Since I did not record the exact sequence of events recounted by Diane, I’ll just list the highlights:

—Baba looked very beautiful in 1956. Diane described his many “changing faces of love”—now smiling and vivacious, now majestic, now looking wistful as if to say, “Do you think you could try to love me?” She spoke of Baba’s looking like a king completely at his ease, not caring whether he appeared like a king but naturally radiating “effortless might.”

—She heard Baba tell people on more than one occasion, “I am never displeased with you,” or “I am always pleased with you.” Once another little girl (Tara Frey) was overheard saying, “Oh, I hate mys,” and Baba immediately admonished her, “Never say that—or even think it.”

—Diane’s mother, Bea Dimpfl (who did not then love Baba yet), wanted to give Diane a haircut and permanent at home because she thought Diane’s hair a mess—she insisted on it, saying in response to Diane’s protests, “And don’t go running to Baba about it.” When Charmian Duce came by with that day to invite Diane to come do something with them, she told them she couldn’t go out because her mother was going to give her a perm. They left, but soon they returned with the message, “Baba wants to see you right away.” Not caring about her mother’s reaction, she ran to Baba, who told her she was to tell her mother that he said she was not to cut her hair, that he liked her hair long. He made Diane repeat it three times. So she went and told her mother. Subsequently she grew her hair quite long, till she could sit on it. But eventually she realized that Baba wouldn’t want her to make a fetish out of her hair, or for her long hair to be a cause of keeping hers separate from others. So she did finally cut it and felt fine about it. Diane also commented in connection with her mother that Baba seemed at times to cause someone who didn’t love him to be angry, as Bea was in this case, because somehow the energy of that anger could be turned to love. And so it did happen in time, with Bea coming to love Baba. But before that occurred, both Diane and her young aunt Ellie were very judgmental of Bea for not loving Baba. But when Baba left San Francisco, at the airport he called them all around him and had Diane put her hand on Baba’s, then Bea’s hand on Diane’s, then Ellie’s hand on Bea’s, and Baba clapped his other hand on top and said, “Now we’re all friends!” And it was so, though Diane said it took time to work on it.

—In 1958, some of the Sufi men had put on an entertainment for Baba having to do with an “Alligator Club.” Diane and her aunt Ellie decided the women should have a club too, so they created the Stinkers’ Club, whose sole aim was to get near Baba by whatever means necessary. (It was difficult to get close to Baba with all the people.) They had a hard time getting members, though she said Filis Frederick and Beryl Williams were game. Diane and Ellie tried various mischievous ruses to get to see Baba, until they actually thought of asking Adi Sr. if they could tell him about their club, and Adi said, “Of course, Baba said you were to see him whenever you asked.” They came and presented Baba with his membership card—they had made up cards with drawings of skunks, each with a flower name. (The mandali got cards too—Eruch was “Magnolia.”) Baba, of course, was to be the president, and Diane informed him that he was the biggest Stinker of all. She said he laughed so hard she could hear the sound of it in his nose!

—In 1958 they were eating with Baba and Diane had a 7-Up. Baba was expressing a lot of concern about it, asking her father if she was “allowed” to have 7-Up. Diane, who was 15 at the time, thought this was preposterous and asserted that she drank it “all the time.” But Baba kept making a fuss, saying it was too chilly and she would catch a cold from it. He would touch the glass to test its temperature, and so on. She was very annoyed by this and waited till Baba wasn’t looking and then gulped it all down. The next day she woke up with sore throat and couldn’t even speak. Anyone contagious was not to go near Baba, so she had to stay in bed. By the time she was better, she found that another child had replaced her as Baba’s favorite—Charles Haynes. She spoke of how naturally reverential Charles was (proudly showing her a prize possession, the white Bible his minister had given him), and how he adored Baba even though he didn’t seem to quite realize who Baba was. She tried hanging around Charles in order to get closer to Baba, but that didn’t really work (though she did get to know Charles better!).

—Baba said that Murshida Duce should initiate Diane as a Sufi, even though the rules were that you had to be at least 16 years old, and she wasn’t. When other children heard about it, they wanted to be Sufis too, and Baba allowed it.

—In 1962 Baba no longer looked as beautiful as he had in 1956, was no longer as energetic, smiling, and charismatic. He looked old and ill. Diane began to see that what she had thought was her love for Baba was really her enjoyment of his lively personality and the good way he made her feel. She realized that to really love Baba would be to care more about how he was feeling—and to love him even if he ignored you or didn’t look as outwardly attractive. She had the opportunity to observe Mehera brushing Baba’s hair, and she noted the elation that Mehera felt in Baba’s presence—the feeling that Mehera was overcome with joy and gratitude each time she was able to be with Baba, even though she saw Baba frequently. And it didn’t matter if Baba seemed old, tired, or unsmiling.

Very enjoyable story Kendra. I've often seen 3-B in the videos of Baba, and I'm glad I got to know a little bit more about her through your blog. Thank you and Jai Baba.

If you came here using a link from "Kendra's Notebook" blog, under the listings titled: "Summaries of Talks / Anecdotes," but was expecting Wendy Haynes Connor's story, here is the correct link for that:

Kendra thank you for this enjoyable post of 3B comments from her talk. I hadn't heard some of these stories. 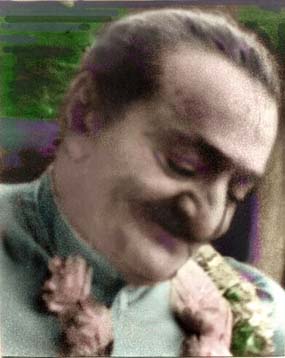 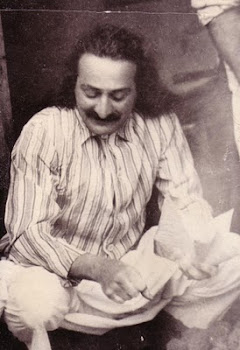